An increasingly common feature on new cars, AEB is one of the most important car safety inventions of recent years. AEB will detect obstacles on the road and brake automatically to slow down or completely bring the vehicle to a stop. 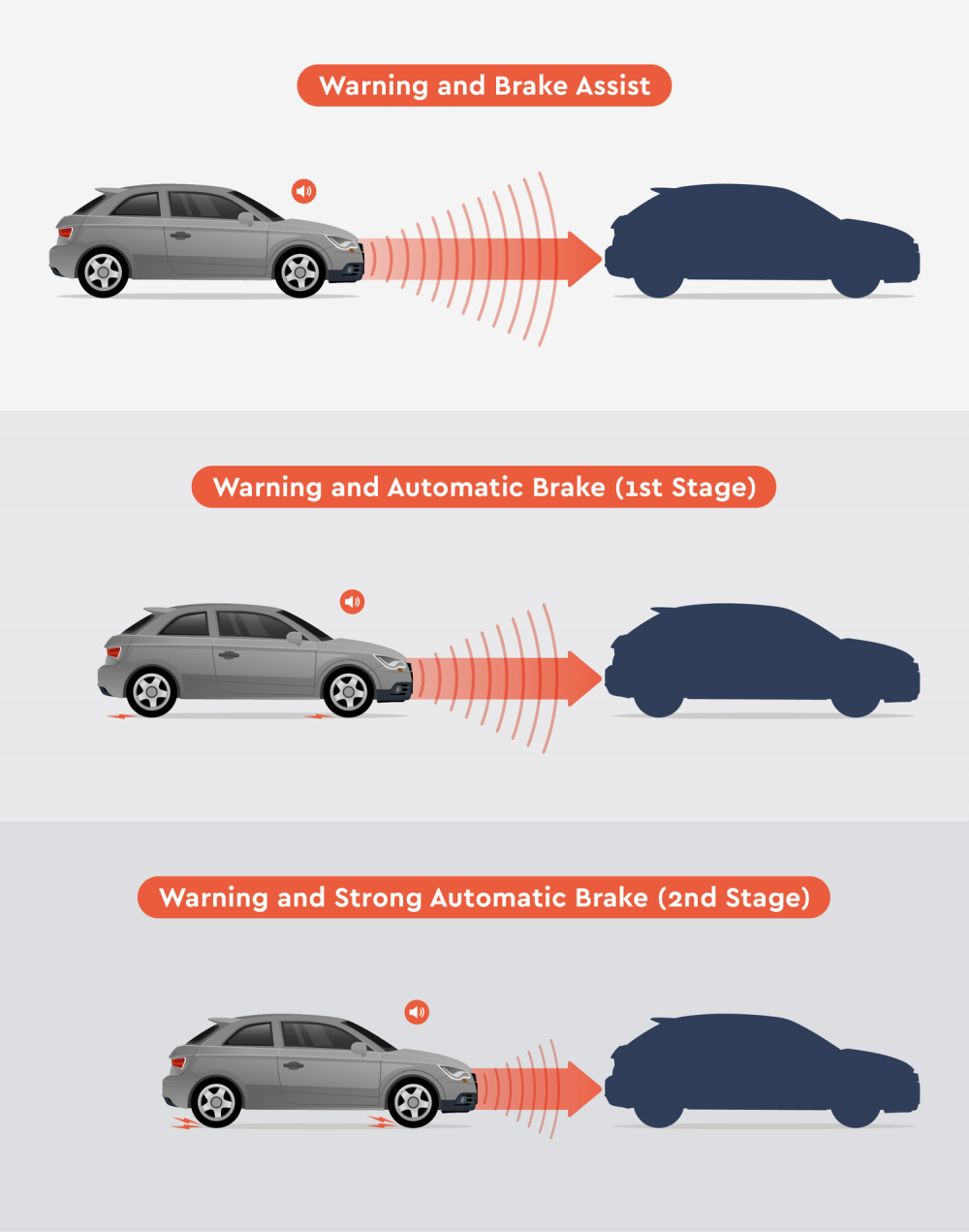 What does AEB do?

AEB will automatically brake the car without the driver’s influence. This greatly reduces the likelihood of a car crash and save lives.

How does AEB work?

Depending on the quality of your system, AEB systems can work from low speeds to higher speeds. Most won’t need a more sophisticated AEB system, as many people don’t regularly drive at high speeds. All AEB systems work under the same principles, using a combination of light detection, radar technology and cameras to prevent potential accidents. If an issue is detected, first the AEB system will try to warn the driver and if a response doesn’t happen, brakes will be applied automatically.