Last updated on February 26th, 2021What does this mean?

Whether you’ve only just recently passed your driving test, or you can’t even remember the decade you passed in, there are lots of rules for the roads that everyone knows on an instinctive basis.

1. You cannot let your Dog hang out the window

It might be one of the most innocent and delightful sights you’ll see out on the road – ears and tongues flapping in the wind – but dogs aren’t legally allowed to be sticking their head out of the car window.

Rule 57 of the Highway Code states that your dog should be secure or “suitably restrained” when travelling to avoid distraction or injury, which means that your dog, be it a cruel rule or not, shouldn’t physically be able to partake in what is no doubt the best part of their car ride. 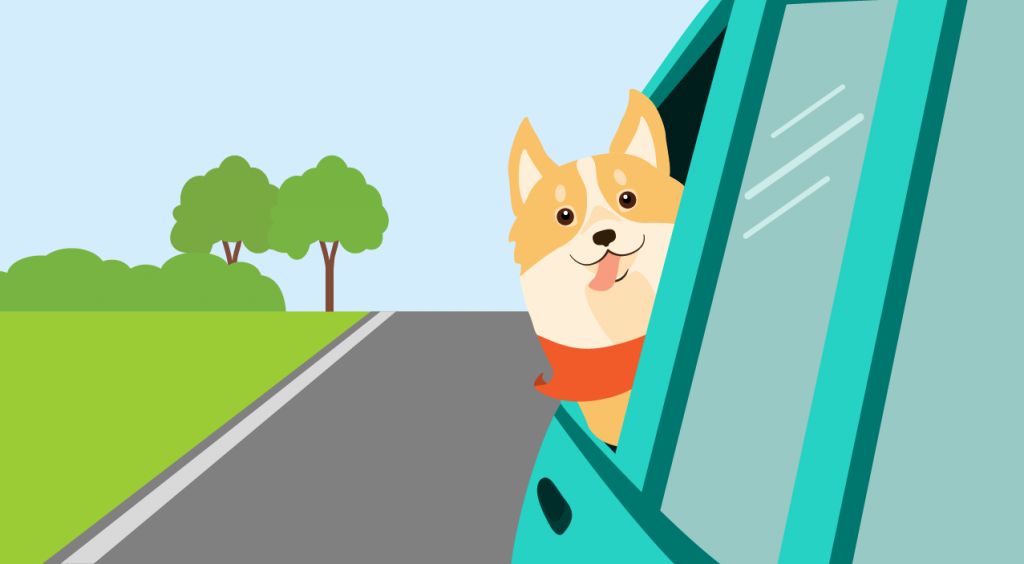 2. You cannot drive with your radio or music at an excessive volume

Nearly everyone appreciates being able to have the radio or some form of music playing while they drive. It’s relaxing and helps to pass the time on a long drive or when stuck in traffic, but when it gets too loud you could be putting yourself at risk.

Two laws cover excessive volume. Under Rule 148 of the Highway Code, you are directed to avoid distractions such as loud music because it could cover other important sounds (sirens, for example), while police could use The Road Vehicles (Construction and Use) Regulations 1986, of which, Regulation 97 states that you must not use your vehicle in a manner which would cause excessive and avoidable noise.

3. You cannot sleep whilst drunk in your car

If you know you’ve had one too many and decide to sleep it off in the car overnight, you may think that you’re being sensible and considerate, but you could also be opening yourself up to a whole world of legal trouble.

According to the Road Traffic Act 1988 (Section 5) it is illegal to ‘drive or be in charge of a motor vehicle with alcohol concentration above prescribed limit’, and it’s the “in charge” part which could see you end up being prosecuted for sleeping in your car while drunk. If there is the likelihood that you might drive, you could end up in bother with the police so it’s best avoided.

If you’ve ever been out on the roads in the UK you’ve no doubt been tempted to rant, rave and shake your fists at other drivers, but rude gestures and losing control of your emotions behind the wheel could land you in hot water.

Police could use the Crime and Disorder Act 1998 against you if you’re caught making rude hand gestures or yelling expletives, classifying the behaviour as ‘disorderly conduct’, so try to keep your cool.

5. You cannot drive significantly below the speed limit

Sticking to the speed limit works both ways, not only should you not be going above this speed, you also shouldn’t be driving too cautiously either. It’s fine to stay below the speed limit – especially when roads are wet – but drive too slowly and you could be pulled over.

Those caught going too slow are deemed to be causing a risk to other drivers, with an increased risk of accidents and the possible increase in traffic caused by crawling along. Police could class this as careless driving under the ‘Driving Offences’ section of the Road Traffic Act 1988. 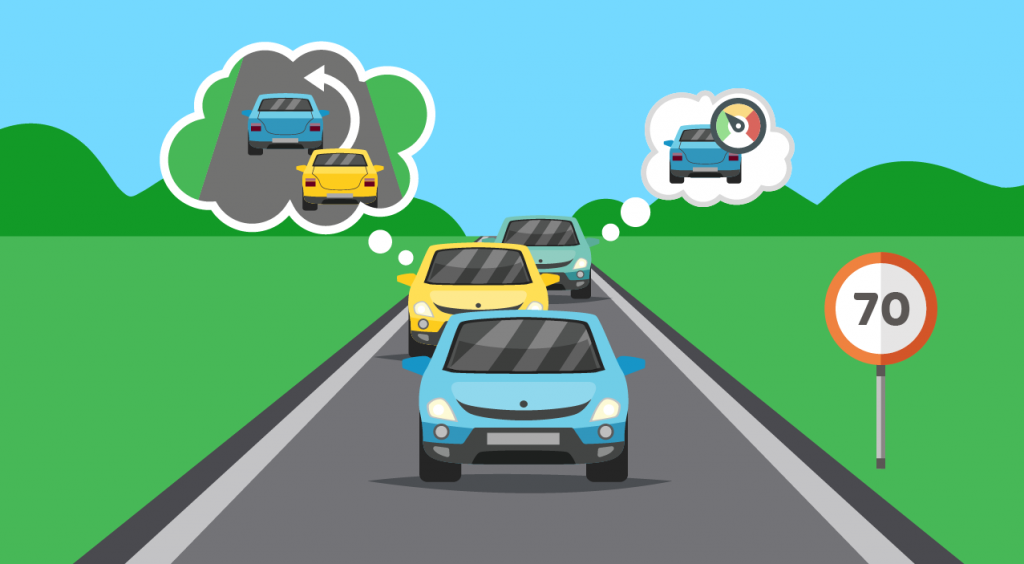 6. You cannot use your phone to pay with at a drive-through

In this age of convenience, not only can you pick up food without getting out of the car, but you can pay for it with your phone – so you never need your wallet. However, new laws revealed in 2017 were introduced to tackle those using their phones while still behind the wheel.

There are several laws which prohibit holding and using a phone when in charge of a motor vehicle, including the Road Vehicles (Construction and Use) Regulations 2003 and the Road Traffic Act 1988 – so no contactless smart phone payments when grabbing fast food!

7. Your registration plate must be clean and visible at all times

Whether you’re a keen off-roader or you just don’t clean your car very often, you might want to make sure your number plate isn’t obscured or dirty. If the police can’t read your plates, and it looks like you’ve purposefully neglected them, you could end up with a hefty fine.

The DVLA have taken a harsh stance on this to deter offenders, with the Road Vehicles (Display of Registration Marks) Regulations 2001 covering the law on keeping your number plate in good condition.

8. You cannot advertise on your car

You can probably forgive yourself for falling foul of a law from 1867, but according to the general regulations in the Metropolitan Streets Act 1867, section 9, you’re prohibited from having adverts on any vehicle.

This being such an old piece of legislation, it’s unlikely to be enforced in this day and age, but it is still technically illegal!

9. You cannot purposefully splash people on the street

Some people like to purposefully splash through puddles when out driving, while others merely hit them by accident, but whatever the reason is, you shouldn’t be doing it and splashing pedestrians.

According to the Road Traffic Act 1988, this would be deemed ‘careless and inconsiderate driving’ on a road or in a public place, landing your with a fine and points on your license. 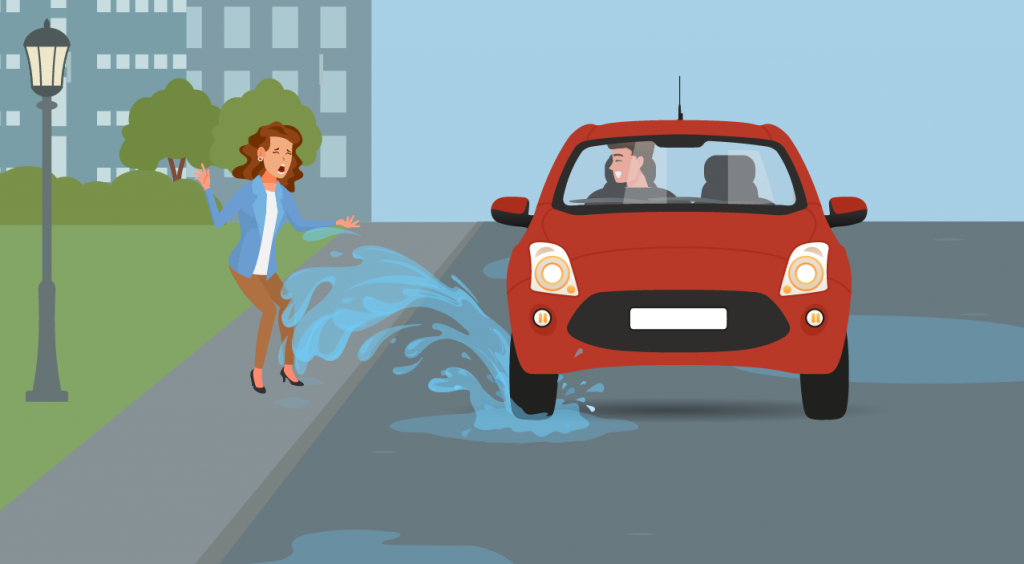 10. You cannot beg others for change for a parking meter

It’s a slightly strange one, but you technically can’t ask strangers for change when you’ve parked and realised you don’t have enough for the meter.

Keep a stock of change in your car to avoid this law, or risk being charged under the Vagrancy Act 1824 – which is the law which makes begging for change illegal no matter what the purpose.

To avoid getting into trouble with the law over a damaged windscreen, look no further than The Windscreen Company. We provide repairs and replacements to help keep you safe and legal when out on the road. Contact us today to book an appointment with our mobile fitting team.