Everyone has a dream car, or at least a car they’d like to own if money was no object. Whether that car is the latest six-figure supercar or it’s a cheaper, older model, everyone has a different idea of a desirable car. The Windscreen Company is going to look at a few of the most popular desirables and offer some alternatives that are kinder to the wallet. 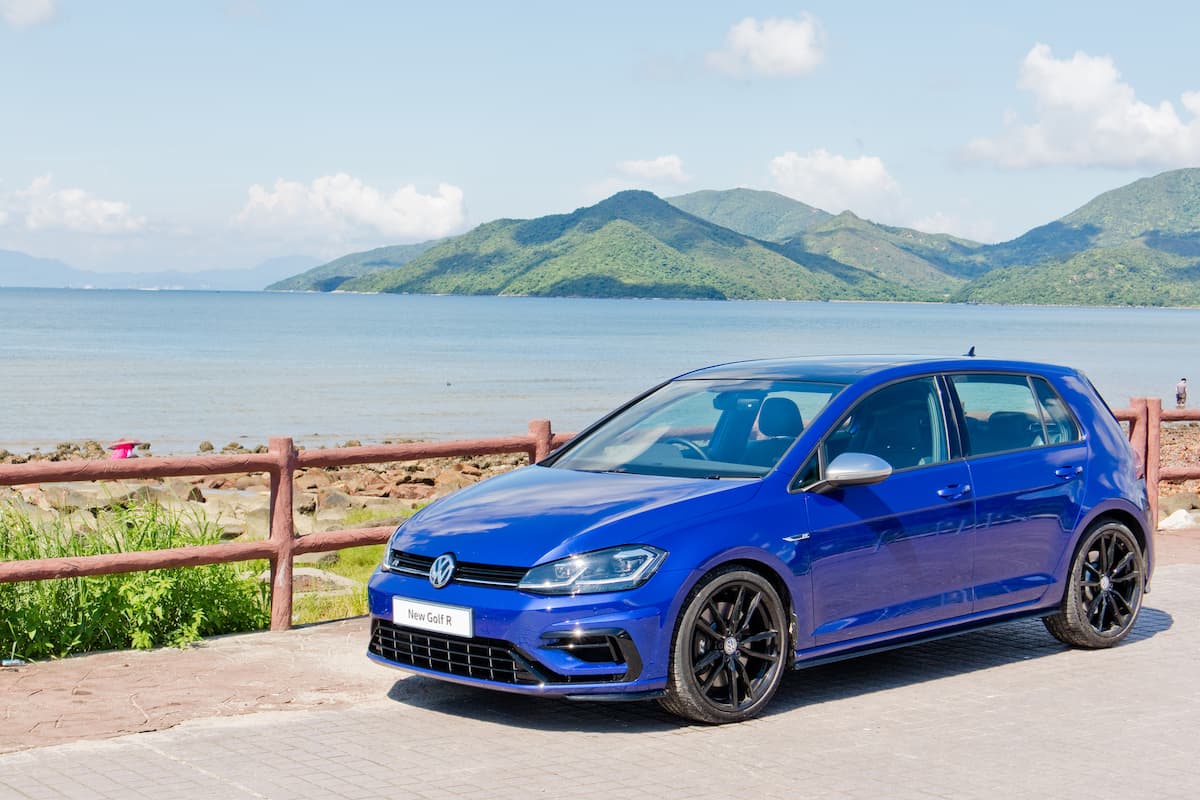 With prices starting at £18,000, the Golf R is not a cheap hatchback, but for that money you do get a lot of performance. With 292 bhp, the R certainly packs a punch – it can reach 60mph from a standing start in just 4.9 seconds – so if you’re in the market for one of the quickest hatchbacks on the market, this is the car for you.

The interior of the R is a major plus point – it’s deceptively spacious for a hatchback and the seats are comfortable. The sporty flat-bottom steering wheel adds to the performance feel – an added bonus if you’re the type to take your Golf R to a track day! There’s also plenty of modern technology incorporated into the car – a high-resolution touchscreen for your navigation and audio needs, and you also benefit from bluetooth connectivity, DAB digital radio, and smartphone integration.

Volkswagen have found a nice balance with the leather seats; they provide a secure race-style feel without sacrificing comfort. Most adults will find the rear seats spacious enough, too – although there’s a little less room in the 3-door model.

There aren’t too many common faults reported with the Mk7 Golf R – some owners have reported issues with the electrics, specifically the sat nav and infotainment systems, so ensure to inspect those properly when viewing a potential car. Earlier models of the Mk7 have had some issues with the gearbox, so be mindful if you are looking at one of the first versions – later models have had this problem rectified, though.

Timing chains and oil consumption can be an issue – a full service history is crucial, as is regular servicing and supervision of oil levels. 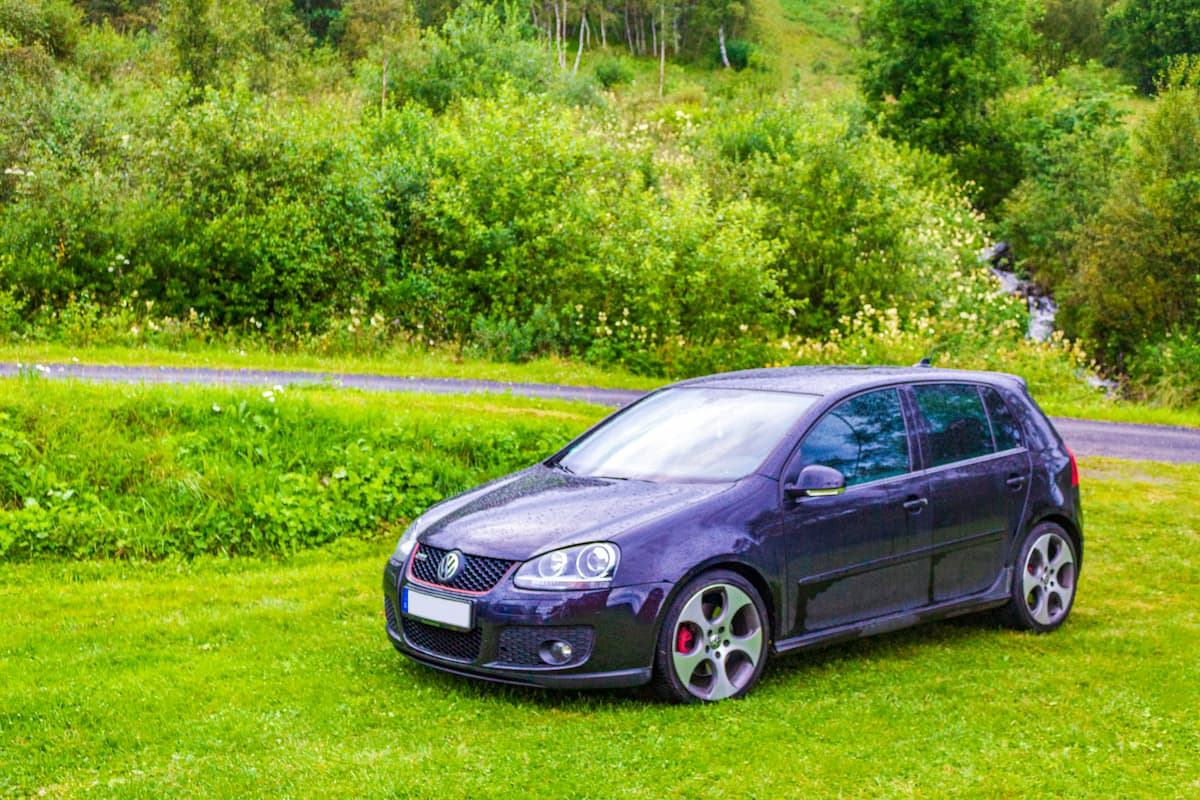 When compared to the Golf R Mk7, there’s one obvious difference and that’s the price. That’s to be expected from a car that is 12 years older, but it’s still an almighty saving, and you still get some of that extra power and performance that the GTI and R ranges are known for. The GTI won’t have as many of the mod-cons – there was a touchscreen sat nav option available, but it doesn’t come as standard – but with such a reasonable price, it’s worth missing out on a few bells and whistles.

If you can find a second-hand GTI fitted with the Winter Pack, you’ll get the luxury of heated seats and windscreen washers, too.

In terms of performance, the GTI is not to be sniffed at – they’re nippy, but they also offer a respectable 35.8mpg, so they’re a little easier on the wallet than some of their counterparts.

Owners of this iteration of the Golf GTI have reported some faults. Firstly, the engine is known to be quite noisy and not just in a growling, sporty way. While a noisy engine doesn’t necessarily mean a fault, it can still be an annoyance. The engine covers are not troublesome in themselves, but removing them can be fiddly – this can lead to breakages of the covers and costly repairs.

As with all second-hand cars, you should ensure you have a full service history for the car you’re purchasing. With the GTI in particular, there’s a risk of the otherwise high quality gearbox being faulty, which can cause significant issues. 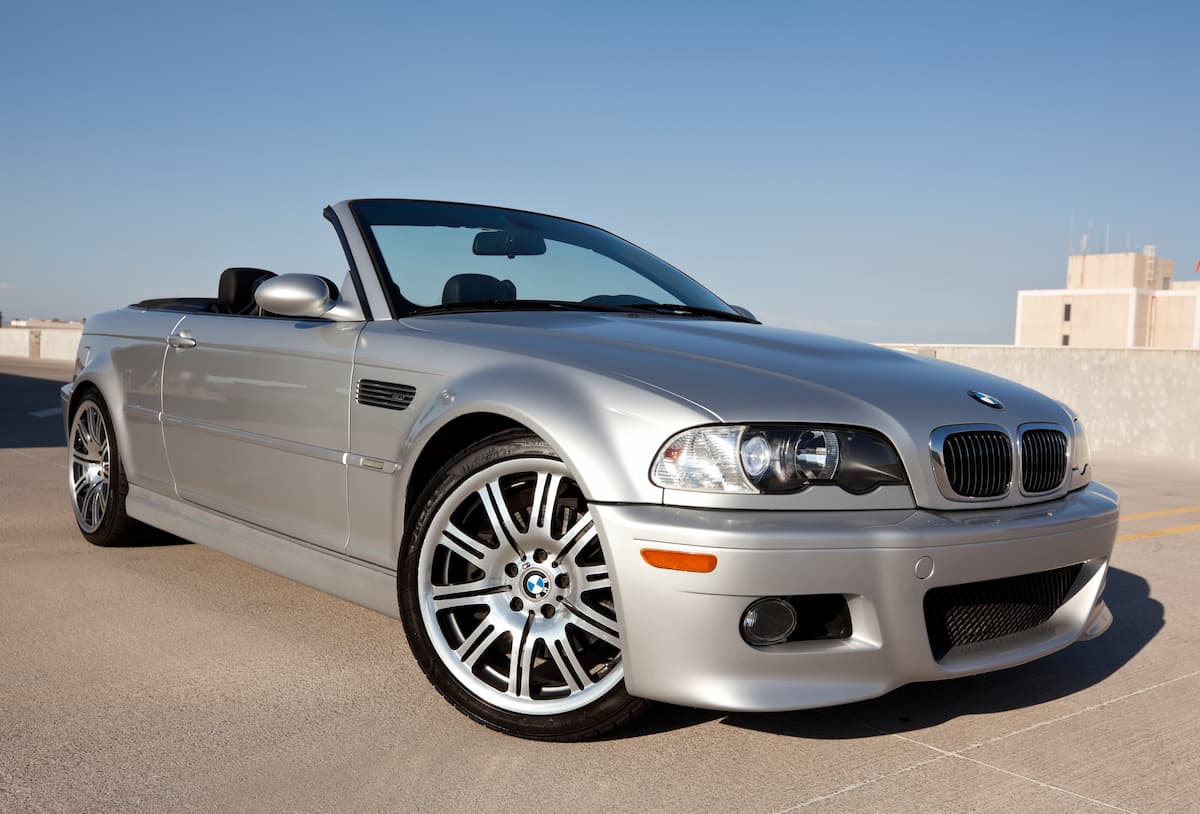 A classic of the genre, the BMW M3 is instantly recognisable to car enthusiasts without relying on big spoilers and exorbitant styling details to distance itself from the 3 Series. Available in convertible and hardtop versions, the E46 M3 is a fantastic car that has stood the test of time since being released in 2005. With prices starting from £11,000, they’re not the cheapest second-hand numbers, but there’s a lot of car for the money.

With 333bhp and a 0-60 time of 4.5 seconds, the 3.2l, six-cylinder engine provides plenty of power. The car includes ABS, and various control systems as standard: traction control, dynamic stability control and cornering brake control are all packed in.

The car looks great, too: the slightly wider body, with flared arches and a few extra lips and vents adds a subtle nod to its sporty capabilities.

There are a few things to look out for when it comes to the 2005 E46 M3. Some common faults include:

Of course, a full service history will inform you of any potential risks with the car, and there’s no reason the M3 you’re buying will suffer from these problems, but it’s good to be aware of them so that you can be extra vigilant.

If you still want some of the famous BMW class and reliability, but £11,000-and-up is a little out of your price range, then the E36 328i could be perfect for you. A 0-60 time of 7.1 seconds isn’t too impressive, but you’re not buying this car for the speed – you’re buying it for the simple, attractive design and excellent driving experience. These cars are available for a very low price on the second-hand market – £2,000 is a steal for a car that was – and still is – so popular.

Despite its popularity, the E46 328i is known for a couple of issues that you should look out for. Firstly, the car is notorious for suffering significant rust on the back of its side skirts and rear wheel wells. The VANOS system can also be susceptible to faults, as can the PCV – this can lead to oil leakage. While these faults sound ominous, they can be fixed DIY-style with a little research, or if you’d prefer a professional’s help, repairs won’t set you back too much.

The E46 is also known for encountering cooling system issues around 60,000 miles. This can have significant consequences if not rectified as quickly as possible, so if you notice signs of cooling issues – the engine temperature gauge being consistently high, for example – take it to your nearest qualified servicing garage as soon as you can. If you notice a high temperature reading, listen out for squeaking or grinding noises, too – if they’re both present, then it’s a sign of a cooling problem. 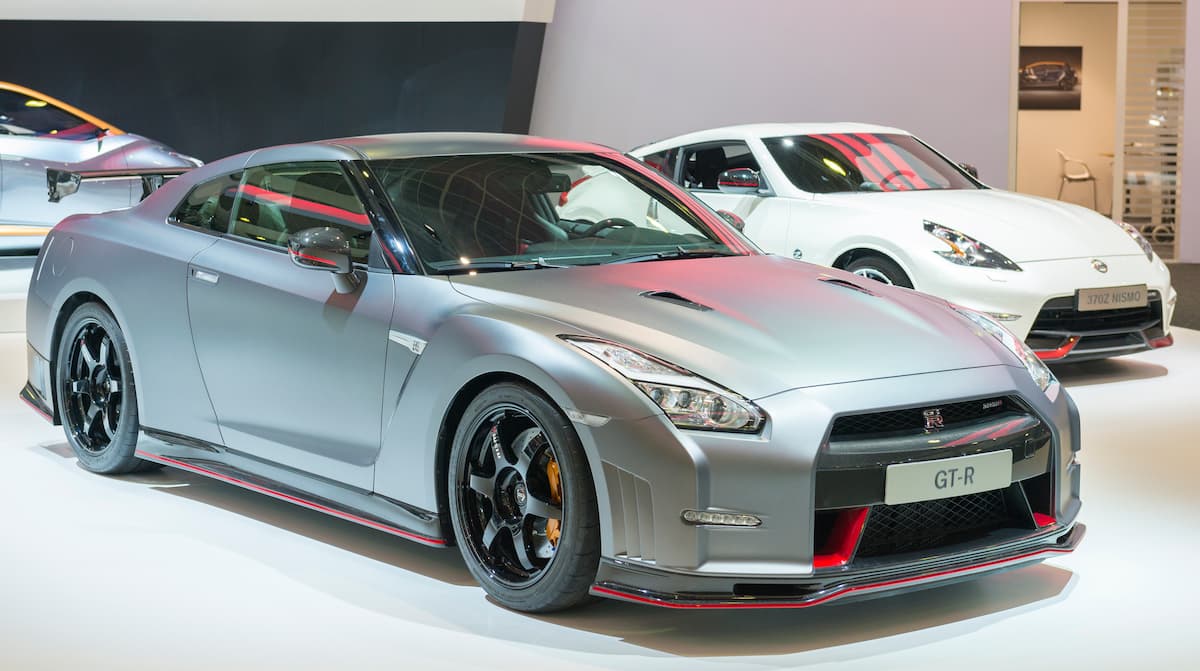 The Nissan GTR isn’t a supercar, but it’s not too far off – it looks fast, but it’s design is more Fast & Furious-style angles and spoilers than Ferrari-esque sleekness. However, it delivers astonishing power that even some of Italy’s finest cannot match; 0-60 in 3.8 seconds and a top speed of nearly 200mph thanks to the 473bhp from its 3.8l engine.

The car is striking in looks and performance, and that is reflected in the price tag – a second-hand 2017 Nissan GTR costs £60,000. For the money, though, you get peak performance and a beautifully designed car. The interior is modern, stylish and functional; there’s voice recognition for phone calls and navigation, and a rear-facing camera supports the front-and-rear parking sensors. The 8-inch touchscreen provides plenty of media capabilities, with connectivity for various apps.

The Nissan GTR is designed with performance in mind, so it might not be surprising that it doesn’t fare so well when it comes to comfort. The seats are comfortable, but not for long journeys, and the back seats are better suited to objects rather than people. There’s not too much in the way of storage space, either – just 8.8 cubic litres – but this is unlikely to come as a surprise, as sports cars are not known for their storage capacity. 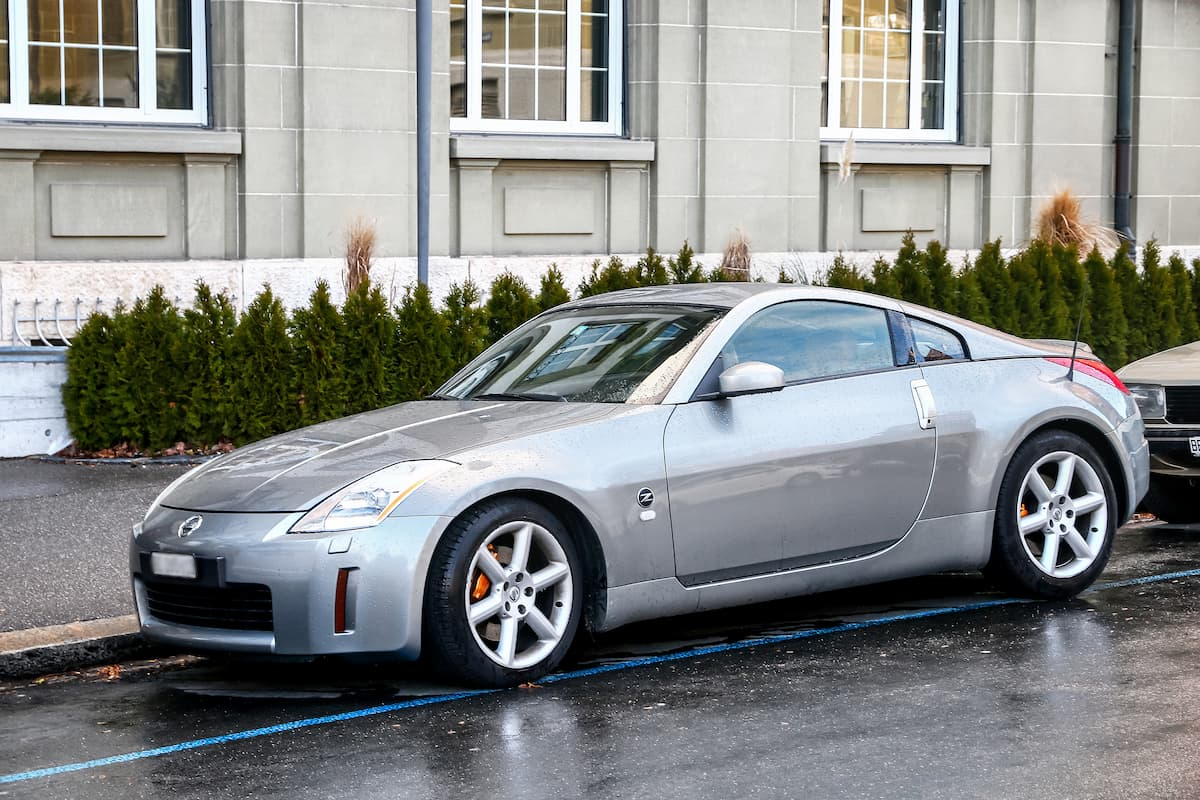 The 350z is iconic amongst people familiar with Japanese automobiles, and you can pick one up for £4,000 through the second-hand market. Despite it featuring in one of the earlier Fast & Furious films, it doesn’t have the reputation as a street racer’s car, but there’s a lot of power underneath the bonnet.

The 350z has a 276bhp engine which achieves a 0-60 of 5.5 seconds. That’s quick for a car in this class. The interior of the 350z is known for being simple yet enjoyable, with comfortable seats, but if you can find a GT version, you get a few extras. Said extras include leather, electric seats and cruise control – all standard in modern cars, of course, but these are great features to have on a second-hand sports car for around £4,000.

Check the arches and braces for rust, as the 350z is known to suffer from it in these locations. There’s also a tendency for the car to develop clicking on the rear axle and driveshaft joints, but this can be rectified by yourself or a mechanic. The clutch on the 350z will also need to be replaced after around 40,000 miles, so ensure you’re aware of how many miles the current clutch has done when you buy.

So, if you fancy splashing the cash on a Nissan GTR or you’re looking to spend a little to get a lot – like a Golf GTI – then hopefully this guide will help. Whatever make of car you have though, whether it’s your pride and joy or simply an ‘A-to-B’ vehicle, you can trust The Windscreen Company to take care of any windscreen damage. From minor repairs to full replacements, we offer 24/7 mobile service to customers throughout the South East. Contact us today to find out more.