Self-Driving Cars on the Roads by 2022

Self-Driving Cars on the Roads by 2022

For years now, vehicle manufacturers have been implementing autonomous elements into their vehicles – cruise control, collision detectors and automatic braking, to name a few. By the end of 2021, the government hopes to legalise the use of Automated Lane Keeping Systems (ALKS) on UK roads. In this article, The Windscreen Company will look into the details of self-driving cars, the laws around them, how the cars work and what we can expect from them.

When Are Self-Driving Cars Becoming Legal in the UK? 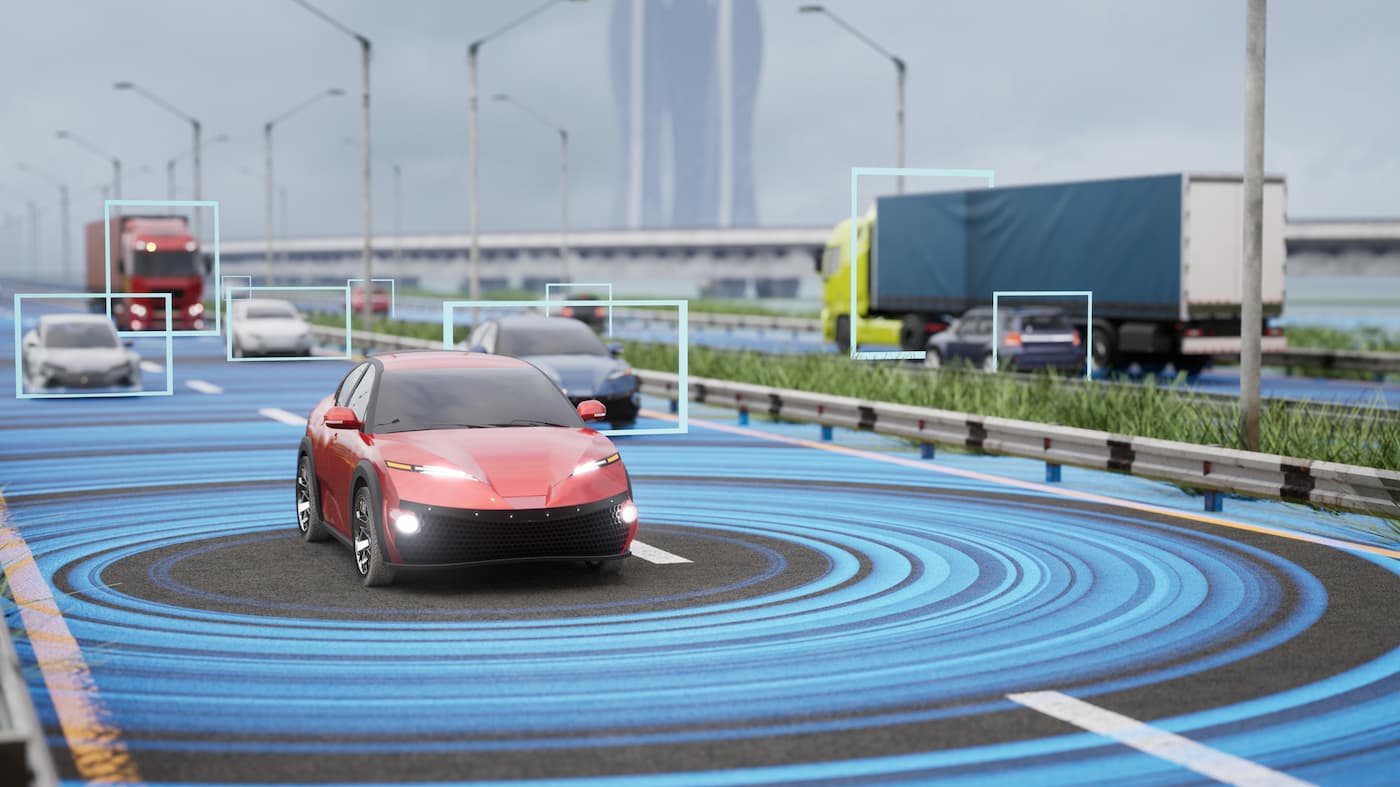 The first instance of self-driving cars becoming legal isn’t very far away – drivers of cars with Automated Lane Keeping Systems (ALKS) will be allowed to take their hands off the wheel in certain circumstances from the end of 2021. This will only be allowed on motorways in traffic travelling at speeds of up to 37mph, and it’s important that drivers stay prepared to take control of the vehicle – no browsing Twitter or taking a quick nap.

While ALKS are present and functional in some vehicles now, the systems kick in as a back-up – perhaps the driver has lost concentration and has started to drift across a lane – with the new change in laws, drivers can take their hands off the wheel deliberately.

What About Self-Driving Cars in Other Countries? 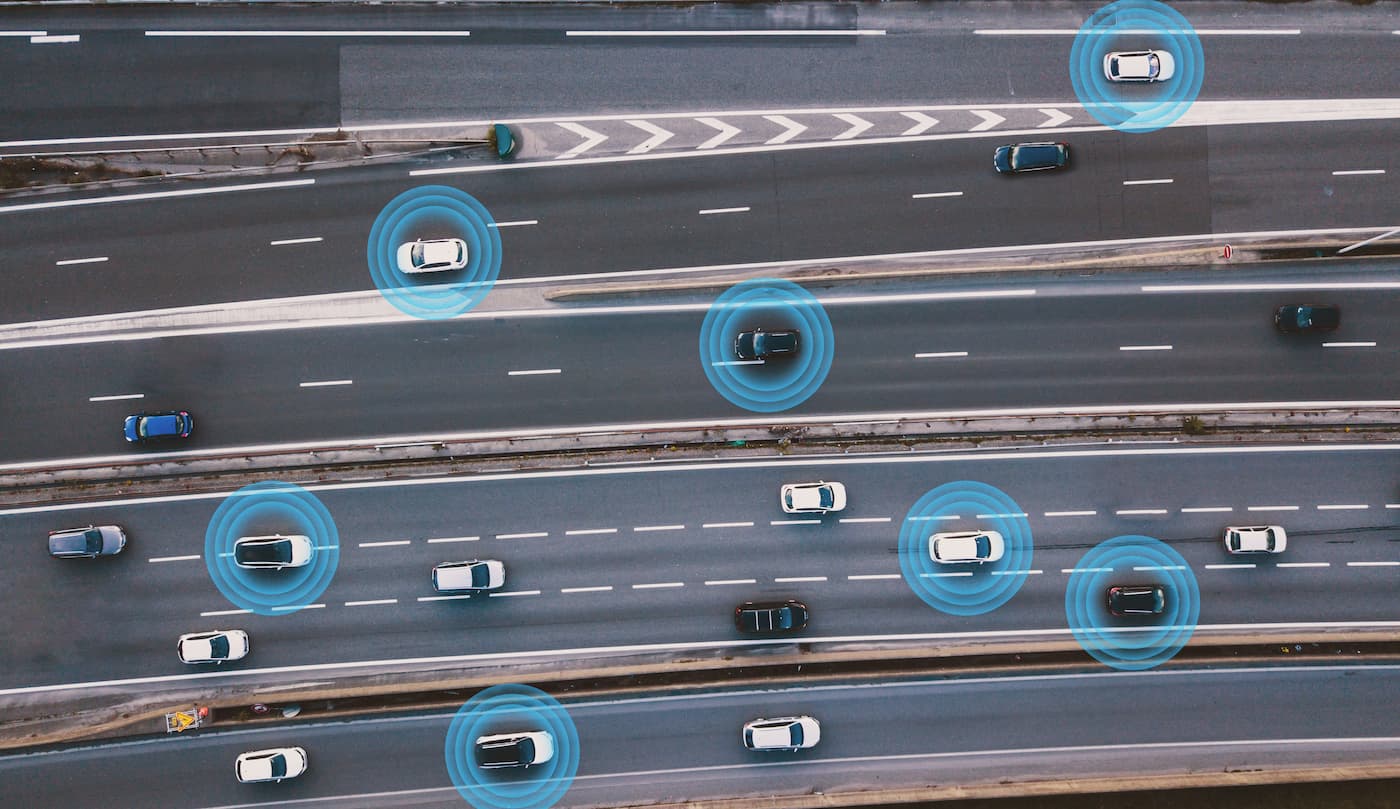 In France, the government has said that self-driving cars will be on the roads in 2022. These vehicles may have a higher level of autonomy than the ALKS-only cars in the UK – one manufacturer, Navya, is leading the way thanks to their experience making self-driving shuttle buses, which use predefined tracks on airports and campuses.

Peugeot has even built a special 80-hectare test village in Saint-Maurice-de-Rémens. The village, dubbed Transpolis, cost €18m and features crossroads, narrow streets and small roads to test self-driving cars’ capabilities. There are also tests taking place in other areas of the country, with some specialising in autonomous shuttle buses and some being a testing place for self-driving cars.

Have There Been any Tests of Self-Driving Cars in the UK?

The first instance of self-driving car trials began in October 2020 in Oxford, as part of a government-supported plan known as ‘Project Endeavour’. The trials were devised by a company called Oxbotica, which specialises in autonomous vehicle technology, and each of the six Ford Mondeos had a safety driver present who could take control if necessary. Testing took place during the day and night, and the vehicles will also be trialled under different weather conditions when possible. The tests were brought to the streets of Birmingham in June, with London to follow in the very near future.

A partnership between Ford and delivery company Hermes is set to bring about a study into how drivers react to a ‘self-driving’ delivery vehicle. The vans will not actually be autonomous – the driver will be operating the car while disguised as a seat – but to pedestrians and road users, the van will appear to be driving itself. It’s hoped that this research will give Ford a better understanding as to how humans interact with self-driving vehicles, enabling them to refine their development process.

What Technology is Used in Self-Driving Cars? 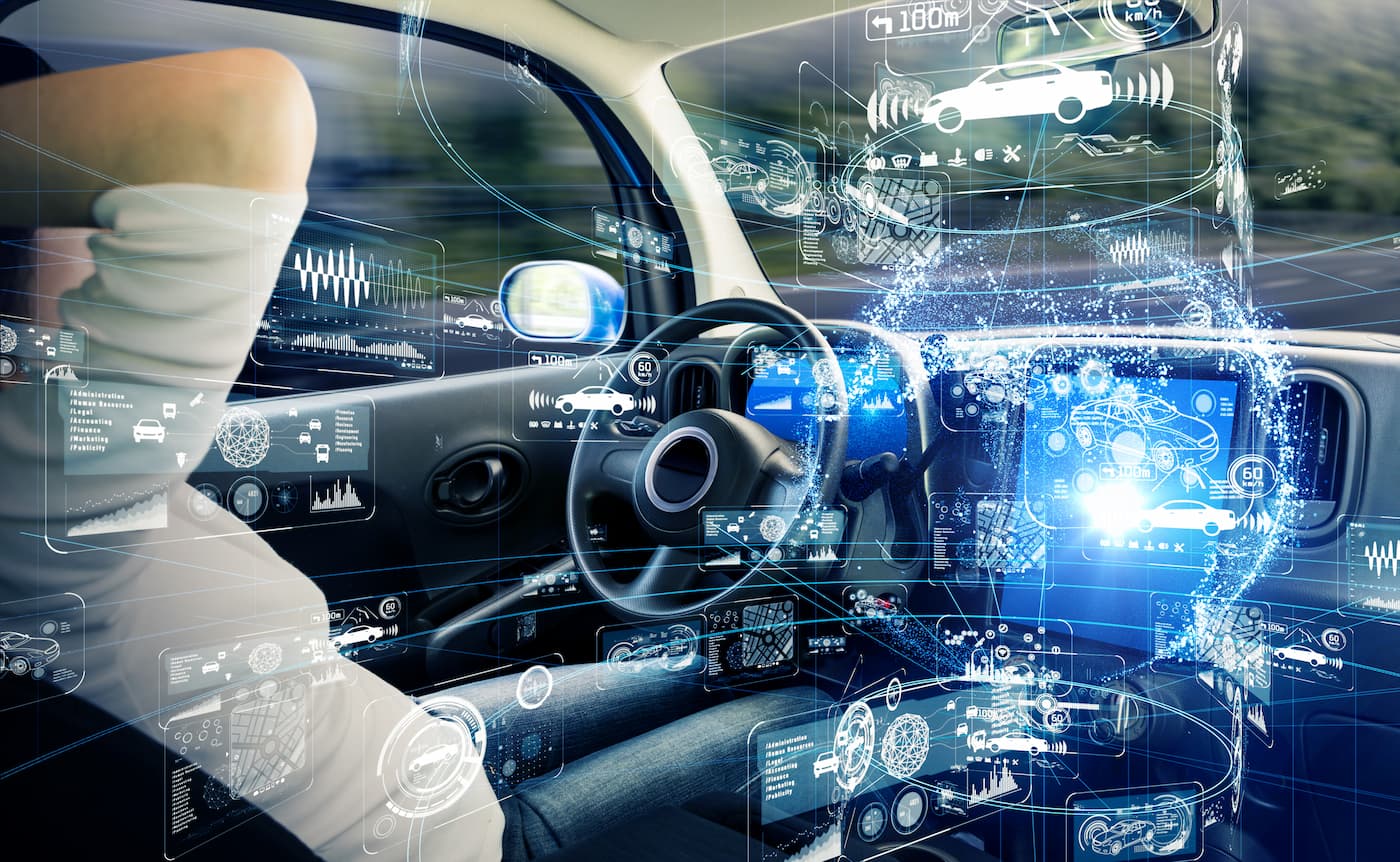 Unsurprisingly, there is a wealth of technology inside a self-driving car. Some of the key features of autonomous vehicle technology include:

Radar – this is used to detect objects in the surrounding area and to calculate how close those objects are to the car itself.

Lidar – this is a rotating sensor that uses lasers to bounce light off objects and create a 3D map of the vehicle’s surroundings – this helps the car to ‘see’ the road ahead. Lidar technology is advancing all the time – Argo AI, a Ford-backed autonomous vehicle start-up, has developed lidar systems that can see up to 400ft ahead of the car.

Forward facing cameras – these are used to detect things like traffic lights, cyclists and pedestrians, identifying them through the car’s onboard computer and helping the car to take the safest action.

GPS – many motorists make use of this through sat-navs and smartphones; the GPS system will inform the car of its location within the world.

Automated Lane Keeping Systems (ALKS) – present in some high-end normal cars already, ALKS helps to stop the car drifting across lanes on the road, and it can also adapt the vehicle’s speed in accordance with traffic ahead.

Which Car Manufacturers Have Self-Driving Cars?

While there are no fully-autonomous cars on sale at the moment, several manufacturers offer autonomous assistance, including:

Many manufacturers’ self-driving cars are limited to adaptive cruise control and lane-keeping assistance. Some, though, offer more advanced features:

BMW – the German manufacturer’s 5, 6 and 7 Series models offer adaptive cruise control, which enables autonomous braking and accelerating at speeds of up to 130mph, and the cars can also park themselves. Adaptive cruise control is also available in the BMW 2, 3 and 4 Series, and the X1, X3 and X5 models, but they do not have self-parking functionality.

Mercedes – the A Class, C Class, E Class, S-Class and Mercedes CLS are available with ‘driving assistance plus’ features. Cars with this feature can change lanes autonomously, take evasive steering action where necessary and some can even slow the vehicle down before corners.

Nissan – the Nissan Leaf features ProPilot technology, which includes self-parking and the ability to steer round corners. A Nissan Leaf set the record for longest autonomous journey in 2020, when it travelled 230 miles from Bedford to Sunderland.

Tesla – the Autopilot feature is part of all of their vehicles – technically, it can make the car fully autonomous, navigating roads, junctions, traffic lights and everything else without the driver needing to touch anything. However, only a few ‘assistance’ features are available in consumer models, with functionality increasing over time as testing continues. If they’ve paid for extra features like ‘Summon’, Tesla owners can use an app to call their car and it will drive to them at a speed of 2mph – ideal when you’ve forgotten where you’ve parked. If parking isn’t your thing at all, your Tesla can do that for you, too.

So, there are plenty of cars on the roads today that offer autonomous assistance to drivers, whether that’s changing lanes, braking in an emergency or backing into a parking space. While we can’t buy cars that can do everything for us just yet, it won’t be long before the driver can let the car fully take over.

The Windscreen Company is proud to offer swift, effective and reliable windscreen repair and replacement services for vehicles of all kinds across Birmingham, London, Essex and the South East, with driver assistance calibration services available for vehicles equipped with ALKS and ADAS systems. For more information, please contact us today.